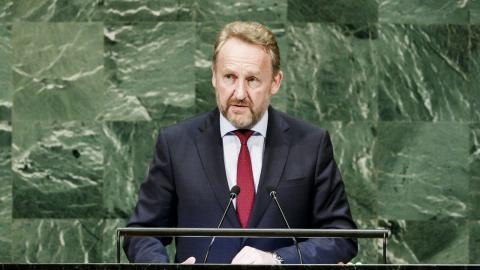 Bakir Izetbegovic, the leader of the Party of Democratic Action, SDA and a member of the upper house of Bosnia's parliament, said on Tuesday that the leadership of the Bosnian Serbs will ultimately see the security value in joining NATO.

"The position of the [Bosnian] Serbs will mature regarding [NATO membership], and together with other [ethnic groups], they will choose the path that brings stability and security, prevents new conflicts and improves living standards - just like it happened in other countries that joined NATO," Izetbegovic told Glas Srpske newspaper.

In a reconciliatory tone, Izetbegovic said however that the country will not join the military alliance before its three main ethnic groups - Bosniaks, Croats and Serbs - all agree to pursue that path.

"The wars that broke out because of Yugoslavia's collapse and the NATO intervention ended 25 years ago. We need to move on, reconcile and make rational and responsible decisions," he said.

Bosnian Serb political leaders vehemently oppose the country's bid to join NATO, and both ruling and opposition parties have a clear position that Bosnia can't join the alliance before Serbia does.

NATO intervened late in the Bosnian war of the 1990s by bombing Bosnian Serb Army positions in 1995, as part of a broader campaign to bring the warring parties to the negotiating table.

The campaign ended with the Dayton peace accords that year, which ended the bloodshed and carved Bosnia into two semi-autonomous entities, the mainly Bosniak and Croat Federation and the Serb-controlled Republika Srpska.

In 1999, NATO also intervened in the Kosovo war by bombing targets in Serbia and Montenegro, resulting in the withdrawal of Serbian forces from the province, which declared...