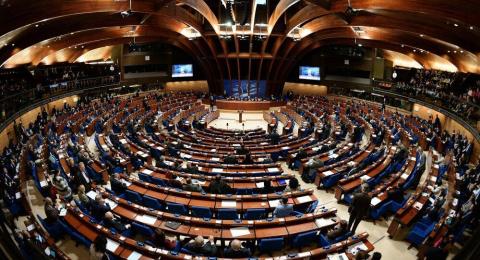 Belgian politician Rik Daems on Jan. 27 was elected head of the Parliamentary Assembly of the Council of Europe (PACE).

Succeeding Liliane Maury Pasquier, a Swiss politician, Daems became the 33rd president of PACE as well as the third Belgian representative elected to this post.
"Interests divide, but values unite," said the newly elected president in his opening speech.
"We are sent by our national parliaments, but I doubt we are sent here only to support our national interests. We all signed the European Convention on Human Rights and we are here to defend human rights, the rule of law, and democracy," he said.
Daems also said he will be a full-time president and will visit all 47 member countries of the Council of Europe, which includes Turkey.

The Council of Europe is sometimes confused with the European Union, but it is a separate body, founded in 1949 and headquartered in Strasbourg, France, near the German border.