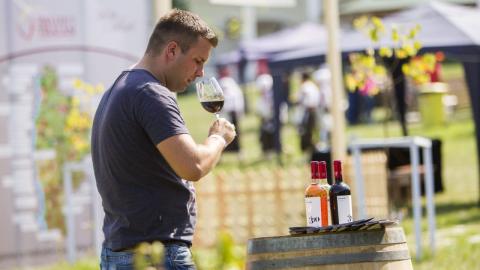 Moldovan wine exports registered a record year in 2019, with nine per cent more sent abroad than in 2018, according to the National Bureau of Vine and Wine.

Both the volume of Moldovan wine exports and their value were at the highest level recorded since 2014.

In 2013, Moscow imposed an economic embargo on Moldova, which hit wine exports in particular. The Russian Consumer Protection Service alleged that wine from Moldova was of "unsatisfactory quality".

Analysts claimed however that the Russian embargo was politically motivated because Moldova was moving away from Moscow and getting closer to the EU.

Moldovan producers then reorientated their goods to European markets after Chisinau signed an Association Agreement with the EU in June 2014.

At the time the embargo was introduced, Moldova's largest export market for wine was Russia, which took over 24.8 million litres.

The increase in the volume of bulk wine sent for export is due to the fact that the grape harvest in 2019 exceeded the average.

Moldovan wines were exported to 67...