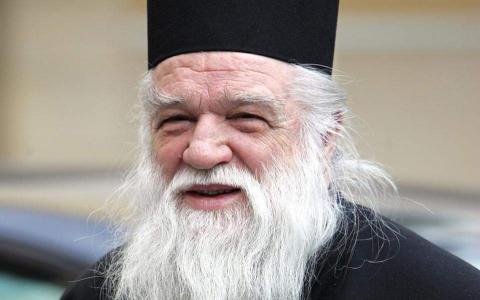 The deputy prosecutor in a Supreme Court appeal by the controversial bishop of Kalavryta, Amvrosios, of his conviction for inciting hate and abusing his position with a homophobic rant in 2015 has recommended that the senior cleric be acquitted of the latter crime.

In his recommendation to the court on Tuesday, Panagiotis Brakoumatsos cited more lenient provisions under the country's new criminal code to seek the cleric's acquittal for abuse of power but also maintained that the court should uphold his conviction for a hate crime.

Amvrosios was found guilty last January of incitement to hatred and abuse of ecclesiastical office by an appeal court in the Peloponnesian town of Aigio for advising followers to "spit" on gay people.

"Do not go near them! Do not listen to them! Do not trust them! They are the damned members of society!" he said in an online post in...