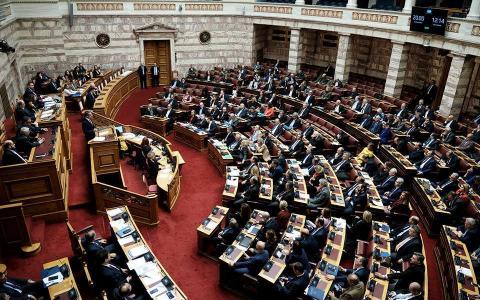 Parliament on Wednesday backed a controversial legal amendment that will prevent northern Greek soccer clubs PAOK and Xanthi from being relegated due to alleged infringement of ownership rules.
The amendment passed by 156 votes to 90. Fifty-four deputies abstained.
Antonis Samaras, a former prime minister, and Giorgos Vagonias from New Democracy were absent from the vote.
The vote had been seen as a test of party discipline for ruling New Democracy which controls 158 seats in the 300-seat House.
The Professional Sports Commission ruled on Monday that the two clubs are in violation of Super League rules by having the same owner and recommended their relegation, drawing the ire of thousands of fans of the two northern Greek clubs.
The committee's recommendation was fiercely opposed by prominent politicians in northern Greece, including Thessaloniki Mayor...