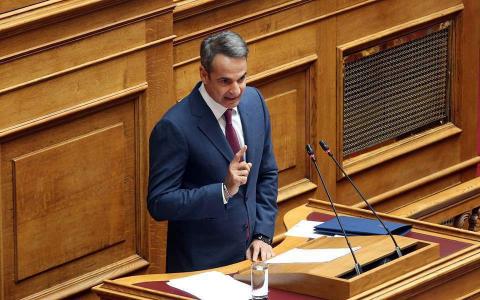 Prime Minister Kyriakos Mitsotakis issued a stern warning on Thursday that if the "sick climate" pervading Greek soccer persists he will be forced to suspend the Super League.

The warning came in the wake of the controversy sparked by the government's decision to pass an amendment in Parliament on Wednesday that spared two northern clubs - champion PAOK and Xanthi - from relegation over their alleged infringement of ownership rules.

The government said it made the move to avert a north-south divide in the country.

Against the backdrop of the controversy, which has further damaged the reputation of the country's beleaguered soccer league, Mitsotakis said he is seeking emergency talks with soccer's world and European governing bodies, FIFA and UEFA, to reform Greece's professional leagues.

He added that he will extend "personal invitations" to the heads of...