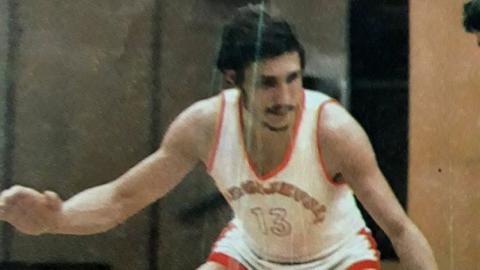 Basketball legend Blagoja Georgievski - Bushtur as he was known in North Macedonia and ex-Yugoslav countries - died aged 69 on Wednesday at around 11 pm after losing control of his vehicle on a wet, slippery road in the capital, Skopje, the North Macedonia Interior Ministry said on Thursday.

His car crashed into one of the concrete bollards separating the two lanes of the boulevard. Georgievski, who was driving and was the only passenger, died on the spot from the impact, the initial report said.

Georgievski spent most of his club career as a player in the Skopje basketball club Rabotnicki, which competed in the former Yugoslav top national league. In the 1975/76 season, his team reached the national semi-finals.

He was the only player from what is now North Macedonia to take part in big international competitions as part of the Yugoslav basketball team.

In 1971, he was a member of the Yugoslav team competing at the European Championship in West Germany, which won a silver medal.

His Olympic silver from Montreal is recalled as the greatest achievement of any basketball player from North Macedonia to this day.

Following North Macedonia's independence in the early 1990s, he worked as a coach and as the selector of the national team of seniors.

His untimely death has drawn many sorrowful reactions on social networks, some of them wondering how, "in just three days", the basketball world has been deprived of him and US star Kobe Bryant.

"Bushtur" is listed among the...