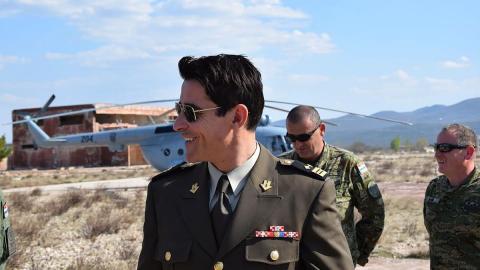 "Goodbye, #GeneralHRT. Monday will never be the same again," one Twitter user wrote on Monday evening after the last episode of the TV series 'The General' was aired on Croatian public television station HRT.

The series, which tells the life story of Croatian general Ante Gotovina, who was the key commander of Operation Storm in August 1995, when the Croatian Army crushed rebel Serb forces, has sparked widespread debate on social media under the hashtag #GeneralHRT.

The eight-part TV series was made out of a state-sponsored feature film of the same name, directed by 88-year-old Croatian film-maker Antun Vrdoljak, which was premiered last summer. It was the most-watched domestically-made Croatian movie of 2019.

While viewers had divided opinions about the movie, the TV series has sparked a significant amount of criticism.

Vladimir Matijanic, a journalist from the Index website who studied the series in depth and read its scripts, told BIRN that critics have been "unanimously negative" about it.

Some of these critics, Matijanic added, were "people who were supposed to be addressed by the series, such as war veterans' associations or former members of Croatian Army units, who were very dissatisfied with the depiction of the war".

During the screening of the series, from December to January, many watchers noted a series of errors: from incorrect historical facts to the use of the wrong dialect for certain characters, to gaffes in the scenes, such as the appearance on screen of plastic bottles from Croatian water brand Jana, which did not exist in the 1990s, as well as contemporary fashion accessories and foreign supermarket adverts.

"There were also some naive remarks [from viewers] about the lack of realism, but the deviation...