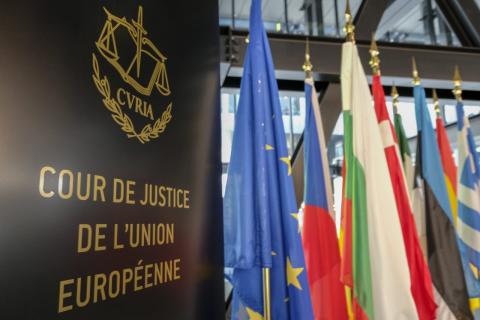 In a blow to Slovenia, the Grand Chamber of the European Court of Justice, ECJ, on Friday said that it had no jurisdiction to rule on Slovenian claims that Croatia had violated European law by failing to implement a border arbitration ruling. The decision is final and there is no appeal.

The court said its lack of jurisdiction did not affect the obligations of either party in the dispute. "The Court stated that its lack of jurisdiction is without prejudice to any obligation arising - for each of those two Member States, both in their reciprocal relations and vis-à-vis the European Union and the other Member States - to strive sincerely to bring about a definitive legal solution consistent with international law, in order to ensure the effective and unhindered application of EU law in the areas concerned," it said.

Slovenia submitted a letter of complaint against neighbouring Croatia to the European Commission in March 2018 after Zagreb refused to abide by an arbitration court ruling in their dispute over territorial waters in the Adriatic Sea.

After the European Commission refused to get involved, declaring neutrality, in July 2018 Slovenia brought an action before the European Court of Justice.

Under Article 259 of the Treaty on the Functioning of the European Union, it asked the court to establish whether Croatia had breached articles of the treaty on respect for the rule of law and cooperation between member states.