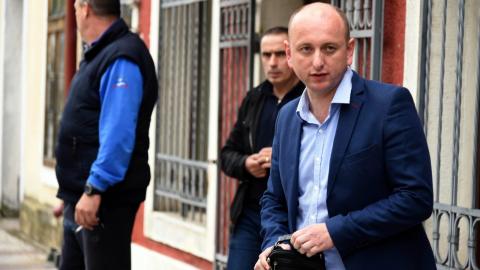 Police in Montenegro on Friday arrested the mother and cousin of a leader of the opposition Democratic Front, Milan Knezevic. Media reports said that retired teacher Ratka Knezevic, 70, was detained at the family home in the village of Mojanovici, near the capital, Podgorica.

The Police Directorate stated that Knezevic has been arrested for violating the Law on Public Order and obstructing police officers during a house search. It is alleged that 16 persons were brought to the Podgorica Security Centre after police searched 17 locations and found "a rifle and two handguns, ammunition and means of communication".

MP Knezevic said that he had been in Belgrade at the time of his mother's arrest, adding that his cousin, Goran Knezevic, and some members of the Front from the Podgorica district of Zeta had been arrested as well.

On Podgorica airport, police arrested the leader of the Pravdena Crna Gora Marko Milacic while he was arriving from Belgrade.

"Police officers approached Milacic, informed him that they had to give him a call without explaining what it was about, after which he was escorted to the Security Center. In Montenegro, the strictest dictatorship and persecution of political opponents of the Democratic Party of Socialists (DPS) is in place" it was said in Pravedna Crna Gora press release.

"Apart from the sin of being my mother, obviously there is no other reason why she would be arrested. The authorities cannot forgive us for protesting against the law on freedom of religion. But we will not give up our fight," Knezevic told Serbia's Tanjug news agency.

The recently adopted law on religion has angered both the Front and the largest faith group in the country, the Serbian Orthodox Church, SPC, and tens of thousands of...

Kosovo has Become the Leader in Vaccination in the Western Balkans
‘Someone’s Daughter’: Unpunished Revenge Porn’s Terrifying Toll in the Balkans