Three identified, one arrested over attack on police car 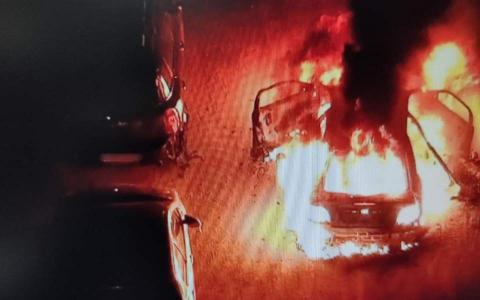 Police said on Saturday that they identified three suspects who are thought to have been part of a group of hooligans who attacked a police vehicle outside the Athens Olympic Stadium on January 26 during a cross-town derby between host AEK Athens and Olympiakos.

The three suspects are two Greeks and a teenage foreign national.

The teenager was arrested after police seized two plastic bottles containing flammable liquid, six firecrackers, a flare, a folding knife and a full-face hood in a raid on his home.

According to police, a group of around 30 soccer fans of the home side threw Molotov cocktails at the vehicle, which was on patrol outside the stadium, endangering the lives of the officers inside.

The attackers, who were wearing face masks and motorcycle helmets, also threw stones and other objects at the car, which was torched and completely destroyed...