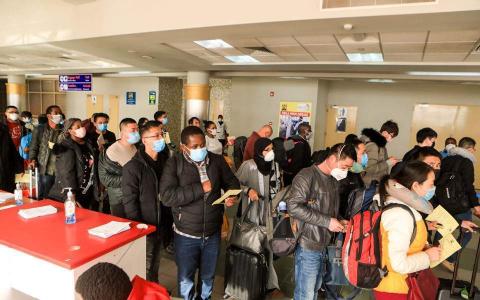 Health Minister Vassilis Kikilias will be chairing a meeting of Greece's National Council for Public Health (ESYD) on Monday to discuss the country's preparations to shield itself from the deadly new coronavirus that made its appearance in China last month.

The meeting comes as a Greek national was among more than 250 people from 30 countries who were flown on Sunday out of China's Wuhan, the city where the outbreak of the new virus began, to France, where they will be kept in quarantine for two weeks and subjected to medical tests.

The Greek Foreign Ministry thanked France for the operation in a tweet on Sunday.

"Grateful to #France for organizing the repatriation of Greek & other EU citizens from #Wuhan, #China, with support from the #EU Civil Protection Mechanism #EUCivPro. We thank FM @JY_LeDrian & our colleagues at @francediplo_EN for their solidarity &...

Joint liability bonds for a joint European defense against the pandemic

Joint liability bonds for a joint European defense against the pandemic

Greek prodigy pens 'Isolation Waltz' for a world in lockdown