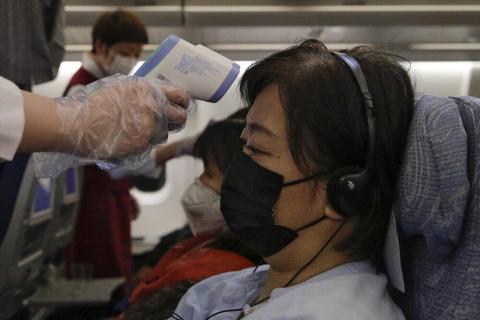 Hong Kong reported its first death from the newly identified coronavirus on Feb. 4, the second outside mainland China from an outbreak that has killed more than 420 people, spread around the world and raised fears for global economic growth.

China's markets steadied after anxiety erased some $400 billion in market value from Shanghai's benchmark index the previous day, and global markets also staged a comeback after a sell-off last week, but the bad news kept coming.

Macau, the world's biggest gambling hub, said it had asked all casino operators to suspend operations for two weeks to help curb the spread of the virus.

In another announcement that will compound worries about the economic impact, Hyundai Motor said it would gradually suspend production at its South Korean factories because of supply chain disruptions from the outbreak.

The Hong Kong death took to 427 the toll from the virus, including a man who died in the Philippines last week after visiting Wuhan, the central Chinese city at the epicenter of the outbreak.

Chinese authorities said the toll in mainland China rose by a record 64 from the previous day to 425, mostly in Hubei, the virtually locked-down province whose capital is Wuhan.

"Though four of these cases constitute a local transmission cluster, there is as yet no evidence of widespread sustained community transmission in Singapore," it said in a statement.

New cases were reported in the United States, including a patient in California infected through close contact with someone in the same household who had been infected in China. ...