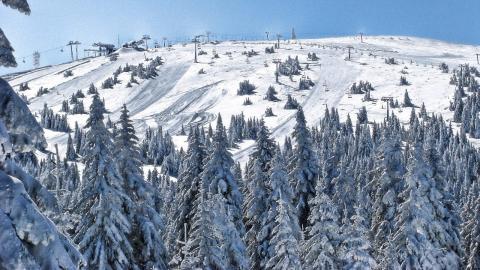 In Bosnia and Herzegovina, the skiing season opened as planned in mid-December, with the two main ski centres in Bjelasnica and Jahorina on the mountains that overlook Sarajevo relying on artificial snow to keep the skiers happy and maintain the influx of tourists.

Bjelasnica and Jahorina, which were both venues for the 1984 Winter Olympics, have not reported official visitor figures from this season, but early informal reports suggest that the 2019-20 season will be a successful one for the industry in Bosnia despite the warmer weather.

Another major winter attraction popular with both domestic and foreign skiers, the Vlasic centre in central Bosnia, struggled in the early season to deploy its artificial snowmakers due to high temperatures, but it has eventually managed to keep its ski slopes functional for most of the season so far.

Most resorts in neighbouring Serbia have also remained in operation throughout the season so far. The most important ones, such as Kopaonik, Stara Planina, and Zlatibor, have benefited from natural snowfalls while keeping artificial snow as a back-up option.

Only a few, not so popular resorts such as the one in Pirot, have not bee working. "The adverse weather conditions, high temperatures and lack of snow influenced the decision to take a break," Juzne vesti reported Pirot Sports Centfd as saying in January.

In Romania, artificial snow has saved the season for many ski resort owners. In the northern region of Maramures, artificial snow production allowed good conditions for skiing despite the absence of large-scale snowfalls so far this winter.

An unidentified snowboarder jumps through the air during a competition in the ski resort of Mavrovo, in North Macedonia. Archive photo: EPA/GEORGI...