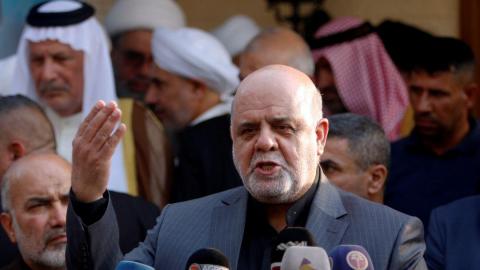 Iranian envoy to Iraq said Tehran is willing to settle its differences and challenges with the United Arab Emirates and Saudi Arabia as soon as possible, Iraqi media reported on Feb. 4.

"Iranian government welcomes any effort to solve these problems, whether from Iraq or any other country in the region," Iraj Masjedi said in an interview with Iraq's official news agency, INA, and he praised the "constructive role" Iraq's government has played in the region.

Reiterating Tehran's support for efforts to ensure stability in Iraq, Masjedi said: "Tehran welcomes the appointment of Muhammad Tawfiq Allawi to form a new government that meets the aspirations of the Iraqi people."

He said Soleimani was in Baghdad as part of Iran's initiative to develop relations between Tehran, Riyadh and Abu Dhabi and stressed that Soleimani came to Iraq to convey a "message" that represents Tehran's stance toward the "Iraq initiative."

"The message included Iran's vision in fighting terrorism, spreading peace and security, love, achieving stability and security in the region," he said.