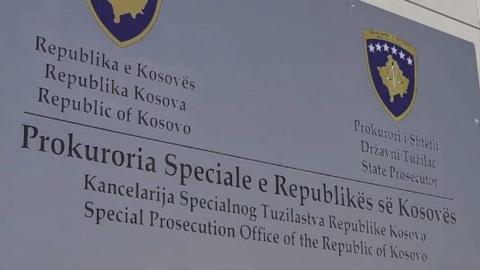 Kosovo's Special Prosecution filed an indictment on Thursday accusing Goran Stanisic of committing war crimes against Kosovo Albanian civilians while he was a Serbian reservist policeman in 1999.

The prosecution claims that Stanisic participated in the deportation of the Kosovo Albanian civilian population and was involved in killings and other unlawful acts, in violation of international humanitarian law.

It said the crimes were committed in the villages of Slovi and Terbovce in the Lipjan/Lipljan municipality in April 1999.

The prosecution alleges that Stanisic's actions were part of a widespread and systematic attack by the Serbian military, paramilitary forces and police against the Kosovo Albanian civilian population.

Stanisic has been in custody in Kosovo since July 2019, after he was detained at the Jarinje border crossing between Serbia and Kosovo.

Serbian officials condemned the arrest at the time. The Serbian government's office for Kosovo claimed that Stanisic was displaced from Kosovo in 1999 but regularly travelled back there and faced no problems until he was detained.

Marko Djuric, the head of the government's office for Kosovo, alleged that the arrest was "another in a series of examples of intimidation of Serbs in order to complete the ethnic cleansing of the southern Serbian province".

Serbia refuses to recognise Kosovo as an independent state and still regards it as its province.