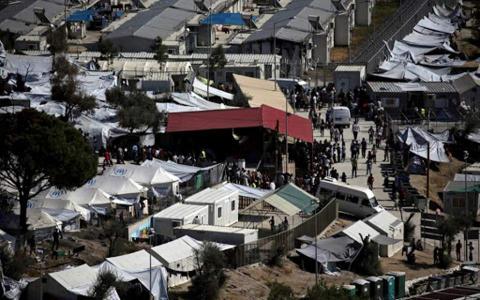 Greek police arrested seven people and were searching for another two on suspicion of planning or carrying out attacks on migrants on the island of Lesvos, authorities said Friday.

Police said five Greeks and two foreigners between the ages of 17 and 24 were arrested on Thursday night outside the Moria migrant camp, the largest camp for asylum-seekers in the Greek islands.

Authorities confiscated several homemade wooden bats, a metal rod and a full-face hood. Two minors, one Greek and one foreigner, were being sought as additional suspected participants.

More than 19,400 asylum-seekers live in and around Moria, a camp designed to hold just over 2,800 people. The massive overcrowding and dire conditions have led to increasing tension on the island, both among locals and the camp's residents.

Asylum-seekers have staged demonstrations to demand transfers to...