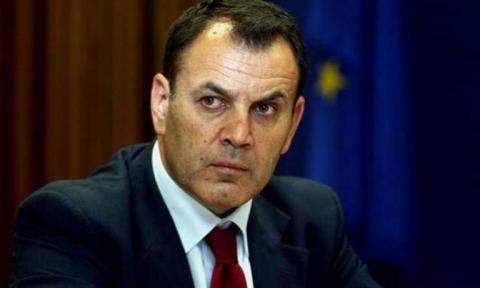 Defence Minister Nikos Papagiotopoulos denied the public statement of Turkish President Recep Tayyip Erdogan that Athens agreed with Ankara not to approach the Imia islets on the anniversary of the 1996 dispute over their sovereignty brought the two countries to the brink of war.

It is not just that Erdogan said that his defence minister, Hulusi Akar, would call Panagiotopoulos to thank him for keeping away from Imia - two adjacent Greek islets over which Turkey claimed sovereignty in 1996 and which neither side has since approached according to the terms of a deal brokered by US diplomat Richard Holbrooke of Dayton Agreement fame) which averted a war but clearly limited Greece's sovereignty over the islets.

Pushing the envelope further, Erdogan declared that he would like to enforce such an arrangement on other islands the Greek sovereignty over which Ankara disputes, under a theory it calls "grey zones" - which means that existing treaties have supposedly not determined the sovereignty of islets and rock islets that Turkey claims.

Moreover, Ankara is now reviving a demand that 16 Greek islands in the Aegean be demilitarised under the terms of the Treaty of Lausanne.

Greece cites its right to self defence especially after Turkey invaded and occupied nearly 40 percent of the Republic of Cyprus.

All of Turkey's positions have been articulated in the past but today they are being reiterated amid projections that the two sides may agree on a list of differences and petition the International Court of Justice (ICJ)  in The Hague.

It is unclear whether...