Cyprus to purchase arms worth 240 million euros from France 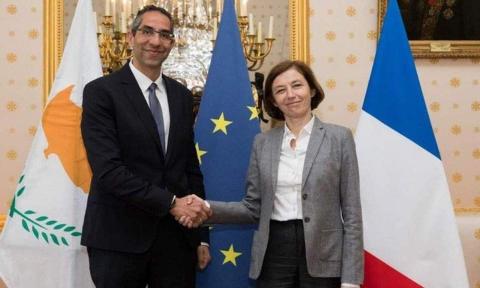 Cyprus has signed a contract with France for the purchase of military equipment worth 240 million euros, the country's Defence Ministry announced on Friday, confirming recent reports in French media.

The ministry noted that due to the sensitive nature of the matter, which falls under national security, it does not intend to disclose any further information for the time being.

According to La Tribune, the French weekly financial newspaper, Cyprus has signed contracts with the French company MBDA for the purchase of Mistral (surface-to-air) and Exocet (anti-ship) missiles, at an estimated cost of 240 million euros.

As reported by Kathimerini in January, in the context of a program to modernize and upgrade the Cyprus armed forces, the Defence Ministry has also signed contracts for the modernization of the army's surface-to-surface missiles, as well as a new French...