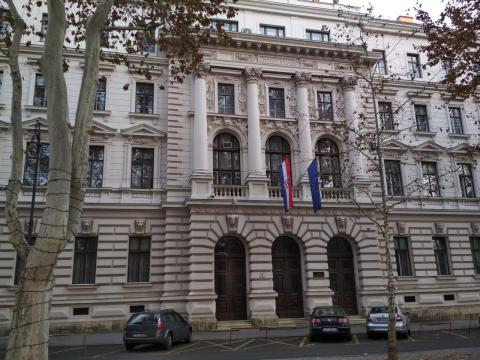 Zagreb county court on Monday acquitted Dragan Cavic, a former paramilitary from the Republic of Serbian Krajina, an unrecognised wartime Croatian Serb-led statelet, of committing war crimes against civilians in the Petrinja area in July 1993.

The indictment claimed that Cavic and other members of his unit opened fire from the town of Petrinja on the right bank of the Kupa river, which was held by Serb rebel forces, towards the left bank, which was held by Croatian forces, on July 16, 1993.

A 19-year-old woman called Zrinka Gmaz, who was bathing on the left side of the river, was killed in the shooting, and her brother and cousin were seriously injured.

But judge Jadranka Kos said there was not enough evidence to convict defendant Cavic, who was tried in absentia because he does not live in Croatia.

Kos explained that a judge from Sisak County Court came to the scene of the crime on the day it happened and asked UN peacekeeping troops to secure the location.

But the UN peacekeepers refused to do so, which meant that there was no material evidence from the crime scene.

"It is indisputable that the incident happened and that Zrinka Gmaz was killed in it," said judge Kos, Croatian media reported.

But she said that interviews with available witnesses and the testimonies of witnesses who have since died did not establish who was responsible for the shooting.

Cavic was questioned about alleged war crimes at a court in Banja Luka in Bosnia and Herzegovina in 1993 war crimes charges, and denied any wrongdoing.

Zagreb-based NGO Documenta - Centre for Dealing with the Past criticised the Croatian practice of holding trials in absentia.

Documenta said in a statement on its website on Friday in advance of the Cavic...