Local activism at the heart of fight against 'global heating' 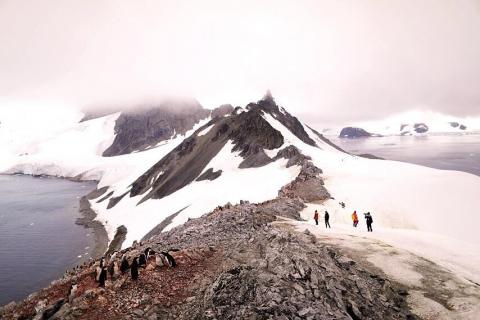 Local activists are leading legendary struggles on the climate crisis, and local activism forms the heart of the fight against global heating, according to Ömer Madra, the founder of Açık Radyo (Open Radio). An independent media outlet has been incremental in not just raising awareness but also fighting the denialists, said Madra, who is among the very first in Turkey to draw attention to climate change.
Turkey continues to face loss of life due to natural disasters. A recent deadly avalanche in Turkey's east last week was followed by news of floods in the country's south. Compared to the past, however, awareness among the public that these disasters are related to climate change seems to be much higher.  What is your opinion?
Absolutely. I can gather that from the feedback we receive from the listeners. In fact, we can feel that in the rise of the (financial) contributions from our listeners.
No doubt, there are still some who continue to tell us, "Can't you talk about other issues. Can't you stop depressing us so much."
But we were the first ones to use the concept "climate crisis," and in the course of the 20 some years that we have been talking about it, we have seen awareness levels going up consistently.
But the challenge is not limited to creating awareness. It is also about a struggle against denialists. In a prediction that now makes me say I wish I had not said it, in autumn I had said that we will be seeing devastating fires.
More than one billion animals burned in Australia and Prime Minister Scott Morison is still claiming that the fires have nothing to do with climate change. That's because Australia is one of the biggest exporters of coal.
Two weeks ago, carbon dioxide (Co2) levels reached the highest in...