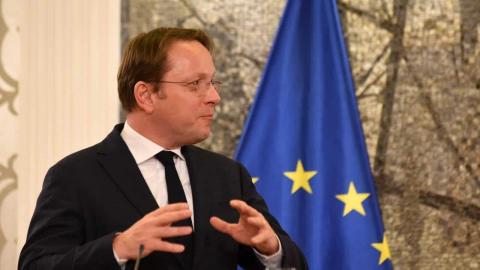 Tellingly, the new strategy was put together without consultation on the ground in the Balkans, which would have given it a better understanding of local realities.

While some EU officials say the document's true value will only be revealed through a process of consultation, revision and eventual implementation, the "new" methodology in its current form offers no revolutionary ideas. In fact, it follows the same ideas outlined in two "non-papers" that several EU member countries tabled at the end of last year.

One non-paper, proposed by France last November, for example, was based on four core principles; gradual association, more stringent conditions, more tangible benefits - and reversibility of the enlargement process.

It envisaged that enlargement "would no longer be based on simultaneous opening of a large number of thematic chapters but on several successive stages, which would form coherent policy blocks".

The second non-paper, circulated jointly by Austria, the Czech Republic, Estonia, Italy, Latvia, Lithuania, Malta, Poland and Slovenia, in December, proposed that all the negotiation chapters - which currently number 35 - be grouped by their main areas along the lines of the eight sub-committees in a Stabilization and Association Agreement, SAA, the trade deal that marks the first step towards EU membership.