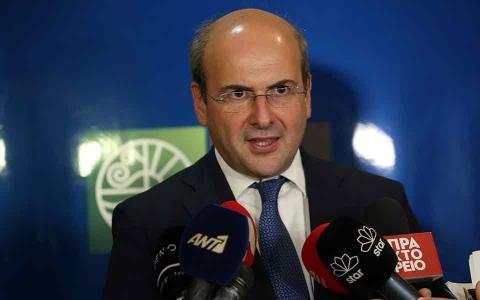 During a visit to Ptolemaida, northwestern Greece, over the weekend, Energy Minister Kostis Hatzidakis announced a number of measures to ease the blow to the region from the withdrawal of lignite-fueled power production units.

Those measures include investments in photovoltaics in Western Macedonia, the declaration of lignite-producing areas as special tax zones, incentives such as heating bonuses and a special tax status for those who lose their job until they find a new one.

Hatzidakis laid emphasis on the swift installation of photovoltaic systems with a capacity of over 2 gigawatts per year by Public Power Corporation and of a photovoltaic park capable of producing 205 MW per year by Hellenic Petroleum on the basis of an agreement with a large German company, which he said will be signed next Monday.

Understanding that the photovoltaic installations cannot...