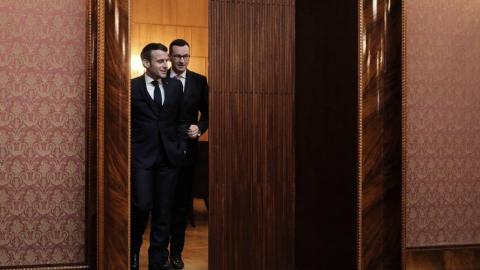 Duda then added insult to injury by hosting the president of North Macedonia, a country that has its own dispute with France following Macron's decision to block its EU accession bid.

Macron, who was still in the country delivering a lecture at Jagiellonian University in Krakow, must feel like he was taken for a ride.

This was merely the latest demonstration of the current Polish government's contempt for Macron. Everyone knows that Macron is the European leader most committed to furthering EU integration. That is why he has been so critical of the main obstacles standing in the way of integration, not least Poland's ruling Law and Justice (PiS) party. And yet his recent visit was meant to be a gesture of goodwill.

The PiS government has now made its own position abundantly clear. Of all the controversial legislation advanced by European populists in recent years, the new muzzle law is widely considered the most objectionable.

Worse, it follows previous PiS attacks on the Polish supreme court, which has been expanded to include a new "Chamber of Extraordinary Control and Public Affairs", a body packed with PiS cronies who are paid 40 per cent more than other Supreme Court judges.

The European Court of Justice has questioned the legality and independence of bodies created by the PiS government, but has ruled that it is up to the Polish supreme court itself to determine the legality of both the new disciplinary chamber and the PiS-controlled National Council of the Judiciary.

Similarly, the European Commission, the Venice Commission, and legal authorities within...