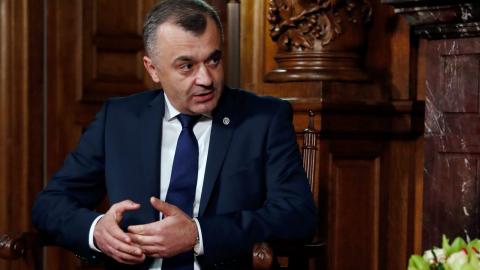 According to its statements, the Chicu government had several key objectives. They were ensuring energy security, promoting social projects and, as the new Prime Minister declared right after his appointment, carrying out the same justice reform that was the real reason for the former government's fall.

On foreign policy, Chicu has announced a "balanced policy" with "European integration" declared, albeit in a low voice, the main vector of the country. "We need EU support but … it should serve Moldova's interests," he said.

As expected, the country's main Western partners, the US and EU, granted the new "technocratic" government a grace period. Even if they regarded the new government with suspicion from the start, they gave it a few months before giving a final opinion.

On one hand, two months is too short a time to implement an extensive reform. On the other hand, the international community was not expecting to see these reforms implemented from beginning to end during this time. What they did expect to see was at least some first steps. This would show what the real intentions of the Socialist-Democrat duo were.

In its first two months, the Chicu cabinet has announced a "brief" justice reform, which has been widely criticised by civil society and international community, and has done almost nothing on energy security or social projects.

Abroad, the period was marked only by visits to Moscow and Ankara, by President Dodon, Prime Minister Chicu, speaker of parliament Zinaida Greceanii and the Mayor of Chisinau, Ion Ceban. The West was ignored.

Two months after the Socialist-ACUM alliance fell apart and the Chicu government was sworn in, the patience of...