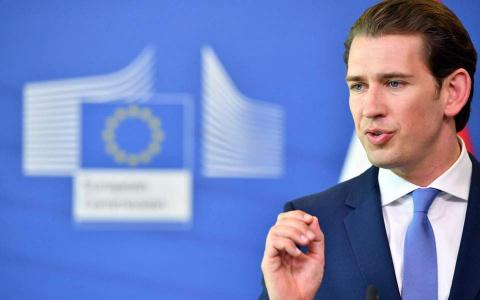 Italy is prepared to consider a resumption of maritime patrols in the Mediterranean, a senior official said, but diplomats said Austria is sticking to its objections, in a blow to European efforts to uphold a UN arms embargo on Libya.
The EU's military mission Operation Sophia stopped deploying ships last March after Italy, facing an anti-immigrant backlash, said it would no longer receive those rescued at sea.
Italy is ready to restart the sea patrols, the country's vice foreign minister told Reuters, but diplomats said Austria was still blocking the move, based on its position that people rescued on the high seas should not be taken to Europe.
Italy also insists the mission not focus on rescues while accepting the principle of renewed sea patrols, following a summit of world leaders last month in Berlin to seek a ceasefire among Libya's two rival governments.
...

"No one in the world was prepared"

Man, 22, hospitalized after attack by pack of dogs in Thessaloniki park

May 10 seen as milestone for coronavirus measures

Extension of deadline  for numerous declarations