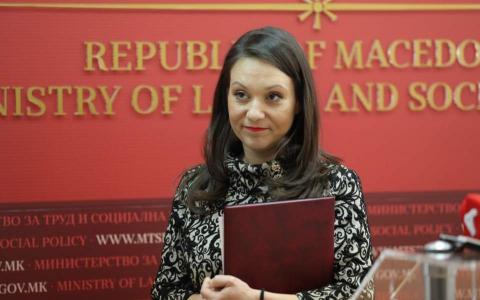 North Macedonia's interim prime minister Oliver Spasovski on Wednesday called for the ouster of Labor Minister Rashela Mizrahi after she replaced the sign on the ministry's headquarters with one reading "Republic of Macedonia," which is what the country called itself before the 2018 name deal with Greece.

Government sources in Skopje were quoted by the state-run MIA news agency as saying that Mizrahi's move is a violation of the Balkan country's constitution and a threat to its Euro-Atlantic prospects.

Mizrahi, who belongs to the opposition VMRO-DPMNE party, caused a furor over the weekend by posing in front of the contentious sign for a press conference.

Foreign Minister Nikola Dimitrov, who was one of the signatories of the historic 2018 agreement with Greece, said on Monday that the move also risks jeopardizing relations with Athens.