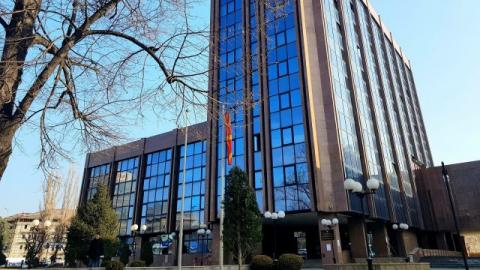 In the ongoing court case that has gripped North Macedonia, codenamed Extortion, Prosecutor Ivana Trajceva on Tuesday presented messages that the main suspect, the showman-turned-businessman Bojan Jovanovski, sent to the Prime Minister, among other people, found in his seized electronic devices.

In the messages, sent in April 2019, a month before the Organised Crime Prosecution launched its investigation into the case, Jovanovski expressed his wish to meet then then Prime Minister and Social Democrat leader, Zoran Zaev, insisting that he had never "misused" his name - presumably to extort money from other people.

According to the evidence, Zaevs response was cold. "I have seen the evidence. I am bitter and [am about] to make serious decisions. These things are awful and as a Prime Minister I am obliged to act," one message with Zaev's name on it said.

Another message reveals that Zaev wrote to tell Jovanovski that, "We will see and confront each other. This is a clear extortion. I have seen the evidence."

Jovanovski, alias Boki 13, is the first accused in the trial. The second is Katica Janeva, former head of the now almost defunct Special Prosecution Office, SJO, which was established, ironically, to probe high-level crime.

According to the charges, Jovanovski used his influence with Janeva from November 2018 to April 2019, while she headed the SJO, to get the businessman Orce Kamcev out of detention and regain his passport. Kamcev was then in detention as a suspect in another investigation, codenamed "Empire", instigated by Janeva's office.

The "Extortion" affair rocked the Zaev government amid speculation that Jovanovski, who was seen as close to the political elite and was the informal owner of a now defunct TV station, 1TV,...