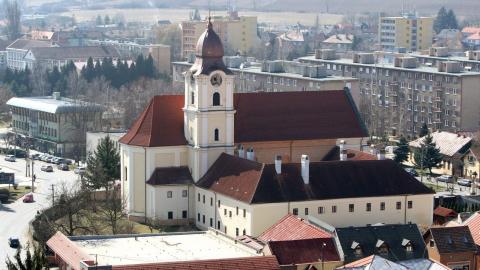 Like many residents in this town 12 kilometres from the Hungarian border, Janckarova is bilingual. She is, after all, a member of Slovakia's biggest minority — ethnic Hungarians.

Inside the town hall, Mayor Attila Agocs is busy preparing for Slovakia's general election at the end of this month. Also an ethnic Hungarian, he is running for the inter-ethnic Most-Hid party, which is a junior partner in Slovakia's ruling coalition.

"For me, it's not a Hungarian question but a question of the development of my birthplace, where I and many other people live and where we plan our future," Agocs said.

Until now, Slovakia's 450,000 or so ethnic Hungarians could count on small but plucky parties to champion their interests in parliament — or at least pay lip service to doing so.

But as the election beckons on February 29, polls show a high likelihood that no Hungarian party will get the votes needed to sit in parliament, leaving ethnic Hungarians without representation for the first time in 25 years.

While for some that is a matter of indifference, many fear it could spell further marginalisation in a country not known for prioritising minority issues.

Others worry that a sense of disenfranchisement could prompt ethnic Hungarians to look more to Budapest than to Bratislava, as the illiberal regime of Hungarian Prime Minister Viktor Orban across the border exerts a greater regional influence.

Hungary Closes its Borders for Foreigners

In Pictures: Central Europe in State of Emergency