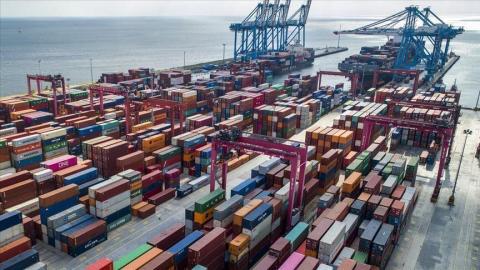 "We are working on new areas to improve cooperation, and boost mutual investments and the trade volume," said Ruhsar Pekcan in Zagreb, Croatia's capital, for an economic roundtable meeting.

"Our primary goal is to boost the bilateral trade volume, which stands at $664 million, to $2 billion initially and then $5 billion," she said after meeting with Darko Horvat, Croatia's economy, entrepreneurship, and crafts minister.

Addressing the media, Pekcan said they had agreed on measures to strengthen economic and trade ties between the two countries.

She added: "Towards this end we find mutual visits, efforts, and the active participation of the business world extremely important."

For his part, Horvat said that the last two years saw positive economic developments between the two countries.

"In the future, the trade volume will go much higher than $600 million... We will get much better results," he said.

Turkey has close relations with Croatia and has supported its NATO accession.

Bilateral high-level visits, which gained momentum with the signing of a strategy document in 2009, have contributed to the development of bilateral relations.

On Jan. 1 Croatia took over the Presidency of the Council of the European Union for six months.