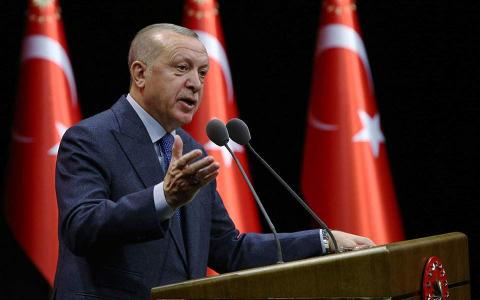 Turkey's military will strike Syrian government forces by air or ground anywhere in Syria if another Turkish soldier is hurt, Turkish President Recep Tayyip Erdogan said on Wednesday.
Erdogan said Turkey is determined to push Syrian government forces beyond Turkish observation posts in the northwestern Idlib region by the end of February, and he warned allied Syrian rebels not to give government forces an excuse to attack.
Violence has flared in Idlib, just south of Turkey's border, in recent weeks as government forces backed by Russia and Iran have made gains in their campaign to eliminate the last insurgent bastion after the country's nine year war.
Turkey, which is allied with some rebel groups opposed to Syrian President Bashar al-Assad, mounted a counter attack on Tuesday after 13 Turkish military personnel were killed by Syrian shelling in Idlib in the last 10...