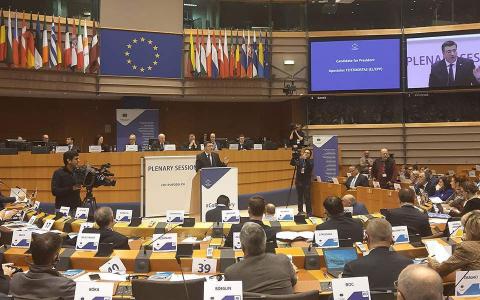 Governor of Central Macedonia region Aspostolos Tzitzikostas has been elected President of the European Committee of the Regions.
Tzitzikostas, who is the first Greek to assume the post, replaces Belgium's Karl-Heinz Lambertz. His candidacy had been backed by all political groups in the committee.
Vasco Cordeiro, regional governor of the Azores, was elected vice president.
The committee was created in the 1990s to give local and regional elected officials a say in Brussels.