BIRN Fact-check: Is Bosnia on the Road to NATO? 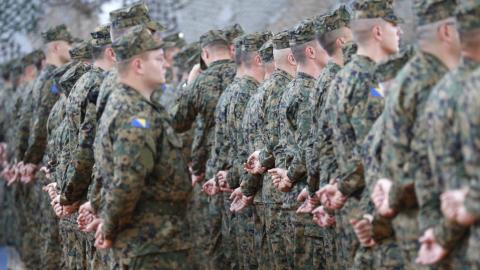 Milorad Dodik, the Serb member of Bosnia's tripartite presidency, has said he will continue to do everything possible to prevent the country from joining NATO.

"While I am there [the presidency], I will try to take apart everything that has been achieved so far in the field of [NATO] integration," Dodik said on February 7.

Just a few days earlier, however, he conceded he had been unable to scrap Bosnia's Membership Action Plan, MAP, a program of advice, assistance and support that marks the last step before full NATO membership.

Dodik blamed the fact that to do so would require the consent of the other two members of the presidency, but said he had at least managed to "disable the Annual National Program," or ANP, the program designed to activate the MAP, and to substitute it with "some form of cooperation" through a supposedly watered-down document dubbed the Reform Program.

The compromise was struck in November last year between Serb, Bosniak and Croat leaders to clear the way for the creation of a new government more than a year after elections.

"The Reform Program is not an ANP and will not activate the MAP," Dodik insisted at the time.

His Bosniak and Croat counterparts, however, begged to differ.

The fact the document is not public has meant politicians on either side of the NATO argument have been able to spin its significance one way or the other. BIRN, however, has seen the Reform Program and compared it with the standard ANPs previously submitted by Montenegro, which joined NATO in 2017, and North Macedonia, which is expected to complete the accession process this year.