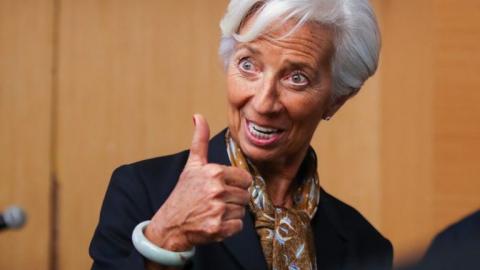 Straight on the heels of a Greek 10-year bond issue with a record low one percent yield (compared to 45 percent one decade ago), Bloomberg is singing the praises of the prospects of the Greek economy and government and touts the once unthinkable possibility of Greek bonds returning to investment grade (even though they are still at the junk level).

"Investors holding the nation's debt saw returns of over 30% in the last year, according to Bloomberg Barclays indexes," the report stated.

"The EU has more or less bailed them out for the next eight to nine years and now they actually have a well-functioning government," Jens Peter Sorensen, chief analyst at Danske Bank A/S in Copenhagen is quoted as saying.

The expected two percent growth rate for 2019 is presented as a positive indicator (along with a debt to GDP drop to 185 percent) and ECB chief Christine Lagarde's statement that Greece may become eligible for a bond-buying programme (once it achieves investment grade from one of the four main rating agencies) is a strongly encouraging sign.

"The Mediterranean nation's comeback was given extra momentum last year following the election of the center-right Kyriakos Mitsotakis and his New Democracy party. The country was able to sell 15-year debt for the first time in more than a decade last month," the report notes.

It also stresses the government's "Hercules" plan to grapple with the banks' great blight - a whopping 71bn euros in non-performing loans (NPLs). It is hoped that the plan can reduce NPLs by 40 percent.

The report notes that the ratings of Greek bonds by the agencies and the possible upgrading of Greek...

Editorial: Europe hostage to its values

Guarded optimism over flattening of Covid-19 curve, possible loosening of measures after 27 April