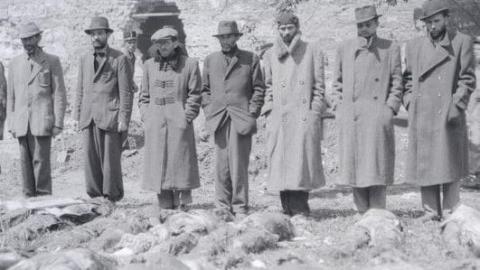 "I am not here to excuse my grandfather, nor would I like to ponder how someone becomes a murderer," Pokorni said at a solemn ceremony in mid-January at the site of a former Jewish hospital in Budapest.

It was here that in early 1945 more than 100 people — mostly Jewish, some children — were tortured and killed by a death squad from Hungary's far-right Arrow Cross Party. Pokorni's grandfather was one of them.

Pokorni, 58, is mayor of the affluent, conservative XIIth district in Budapest. But he is much more than that. As the intellectual face of Fidesz at the end of the 1990s, he served as Minister of Education in the first Fidesz government (1998-2002).

He climbed the ladder further, becoming chairman and parliamentary group leader of Fidesz between 2001-2002, the only time when authoritarian Prime Minister Viktor Orban has let anyone else run the show.

Later he got sidelined, but maintained his position as vice-president of Fidesz until 2015. He is still a member of the right-wing governing party.

History haunts him as no other Hungarian politician. The first blow came in 2002 when it emerged that his father used to report to the communist secret service.

It was a fairly typical story in the Eastern Bloc. Pokorni's father was arrested in 1953 for conspiring against the communist state and sentenced to 12 years in prison. He was freed during the 1956 anti-communist revolution, but after Soviet troops crushed the uprising, he should have gone back to prison for another nine years. Unless he collaborated with the new regime.

He did, and continued informing on colleagues and friends right up to 1989, the year of democratic transition. Nobody in the family had a clue.

By this time, young Pokorni was immersed in...