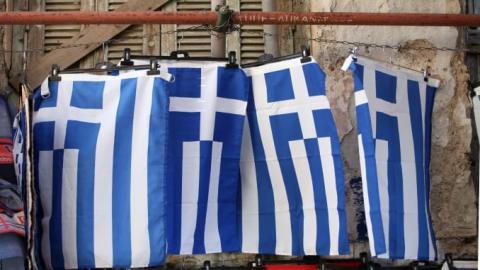 The international press due to the performance of Greek bonds has lavished praise on the Greek economy.

What was just one year ago considered inconceivable has been attained.

The return on the Greek 10-year bond in one trading session fell to under one percent - a new record low.

The decrease in the cost of borrowing has a positive multiplier effect for Greece.

It palpably demonstrates the markets' trust in the prospects of the economy.

It strengthens Greece's arsenal of arguments in negotiating with creditors a much-needed reduction in primary surplus targets.

It improves the profile and viability of the national debt and at the same time it opens the way for businesses to borrow more cheaply and refinance old loans.

The main advantage is that it serves the overarching aim of attracting capital and investments which in turn will create jobs.

The improvement of economic conditions and the implementation of reforms are the necessary conditions for luring investment, and long-term investors in particular.

The intention of the German giant Volkswagen to make an investment on the island of Thasos sends a positive signal and a resounding message that could trigger investment by equally important companies in global industry.

It is believed that the huge, emblematic investment in the Elliniko development project could provide the thrust for more substantial investment and an economic take-off.

Meanwhile, the expression of an interest in investing on the part of Saudi Arabia and the United Arab Emirates following Prime Minister Kyriakos Mitsotakis' recent visits to these countries has fueled great expectations.