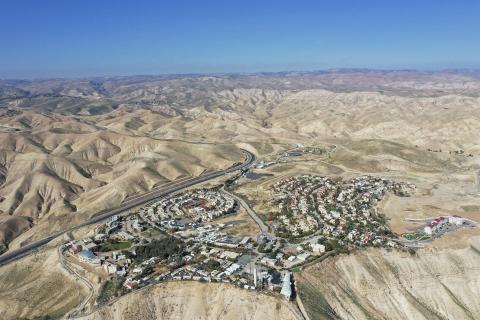 The United Nations' human rights office on Feb. 12 named 112 companies it said have business ties to Jewish settlements in the West Bank, angering Israel and prompting a Palestinian threat of legal action against the firms.

A long-delayed report issued in Geneva said 94 of the companies were domiciled in Israel and 18 were listed in six other countries -- the United States, Britain, Luxembourg, the Netherlands, Thailand and France.

A spokesman for Michelle Bachelet, the U.N. High Commissioner for Human Rights, said the report was not a "blacklist" and was not intended to qualify any of the companies' business activities as illegal.

But it is a sensitive issue as companies named could be targeted for boycotts or divestment intended to put pressure on Israel over its settlements. Despite the spokesman's remarks, they could now also face legal battles.

"We demand the companies immediately close their headquarters and branches inside illegal Israeli settlements because their presence contradicts international and U.N. resolutions," Palestinian Prime Minister Mohammed Shtayyeh wrote on his Facebook page.

He said companies would be pursued through "international legal institutions and in courts in their countries for taking part in human rights violations in Palestine". Palestinians could also demand compensation for "use of our occupied land illegally," he said.

Israeli Prime Minister Benjamin Netanyahu rejected the report as the work of a "biased and uninfluential body."

"Instead of dealing with human rights, this body is trying to blacken Israel's name. We reject any such attempt in the strongest terms and with disgust," he said in a statement.