Virus ‘not a threat to Greek tourism’ 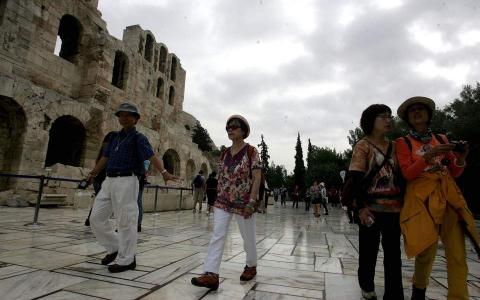 Tourism Minister Haris Theocharis estimated on Thursday that the impact on Greek tourism from the coronavirus first identified in Wuhan, China will be minimal, if any, adding that the target of having half a million Chinese visitors next year remains unchanged.

Speaking on state broadcaster ERT, Theocharis said some "60 to 70 percent of bookings from China have been canceled to date," but he refuted the possibility "of the direct flights between Athens and Shanghai being reconsidered."

The minister added that the impact on Greek tourism will likely be very small as "out of the 31.35 million tourists we had last year, not including the 5.5 million cruise passengers, only 200,000 were Chinese. Therefore we are only talking about a delay in the growth of a market that is still opening up, so it won't have such a negative impact on the Greek tourism product," he said.

Apple to miss revenue target due to coronavirus