Why 2019 was Year Kosovo will Want to Forget 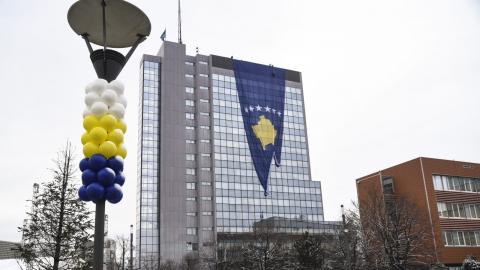 Not the 'year of the economy' after all:

Former Prime Minister Ramush Haradinaj stated multiple times that it was going to be the "year of the economy." But that was not the case. Kosovo remained one of the poorest countries of Europe, where more than 40 per cent of the population live below the official poverty line, and around 17 per cent are extremely poor.

According to the World Bank, the youth unemployment level in Kosovo remains around 50 per cent, with no significant downward trend. Moreover, the economy still depends highly on remittances from the diaspora.

The imposition of customs tariffs on Bosnian and Serbian goods further damaged the small pockets of Kosovo citizens. The price of several products, including basic commodities, such as dairy items and bread, rose significantly as a result of the tariffs.

Haradinaj's government meanwhile used every opportunity to employ relatives and party loyalists in public institutions. This solidified the notion that securing a well-paid public job in Kosovo requires political connections. He also appointed an excessive amount of deputy ministers, more than 80. His cabinet was the largest seen so far.

According to Transparency International's Corruption Perception Index, Kosovo has dropped by three points since Haradinaj took charge of the government, falling from 85th place in 2017 to 101st in 2019.

More pollution on the way:

A face mask is placed on the St. Teresa statue during a smog and heavy air pollution in the morning in Pristina, Kosovo. Photo: EPA-EFE/VALDRIN XHEMAJ