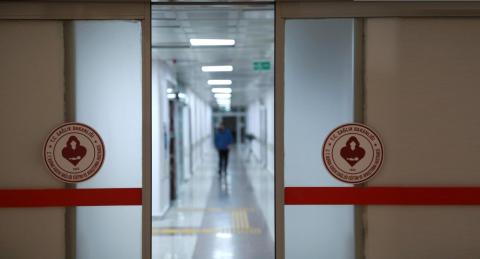 All 42 people quarantined in Turkey after evacuation from Wuhan, China, were discharged from hospital on Feb. 14.

Turkey's health minister said none of the individuals -- 32 Turkish nationals, six Azerbaijanis, three Georgians, and one Albanian -- showed any signs of Covid-19, the disease caused by the deadly coronavirus.

"In line with recommendations of the Turkish Scientific Committee, the 42 people were placed in quarantine for 14 days and have now been discharged from hospital," Health Minister Fahrettin Koca told reporters.

He said multiple tests were conducted to make sure that none of them were carriers of the new coronavirus, known as 2019-nCoV.

The 42 individuals were evacuated from Wuhan, the epicenter of the outbreak, on a special military plane sent by Turkey on Feb. 1.

The medical staff, military personnel, and reporters who were part of the rescue mission were earlier released from quarantine on Feb. 11.

The number of those detected with the virus outside China's mainland has reached 53 in Hong Kong and 10 in Macau. Both are special administrative regions.

The number of people under medical observation is 177,974.

It has spread to more than 20 other countries including the U.S., the U.K., Singapore, France, Russia,...

The Shipments from China are being Disinfected due to the Coronavirus