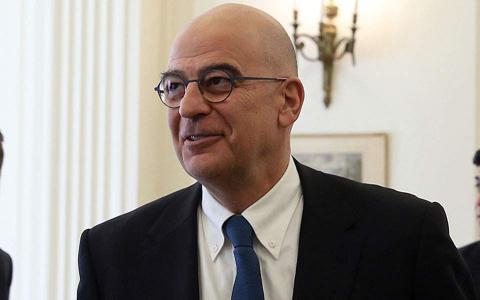 However, his most important bilateral meeting was with his Russian counterpart Sergey Lavrov, given the fluctuating relations between Ankara and Moscow on the northern Syrian front - which Athens believes has caused Turkish jitters which in turn have led to aggressive moves in the Aegean and the East Mediterranean.

Moreover, Moscow has adopted a consistent stance regarding the situation in Cyprus, where Turkey has sought to interrupt Nicosia's energy plans in recent years.

On the sidelines of the conference he also met with his North Macedonian counterpart Nikola Dimitrov and had a brief conversation with US Secretary of State Mike Pompeo and Democrat senator Bob Menendez.