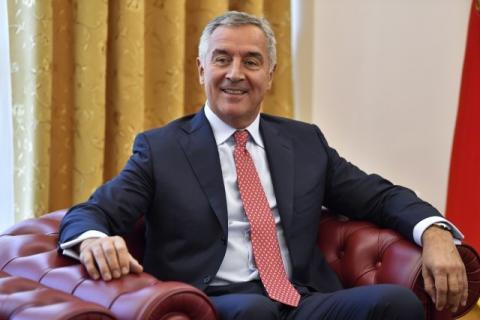 Djukanovic, who has been running the country for three decades, spoke about the controversial law on religious freedom, which triggered mass protests of the tens of thousands of believers who regularly take to the streets, a few months before the parliamentary elections in Montenegro.
The Serbian Orthodox Church (SPC), based in Belgrade, represents the vast majority of Orthodox believers in Montenegro. However, her relations with Djukanovic, who was an advocate of separation from Serbia in 2006, with whom Montenegro has been together for almost 90 years in 2006, have worsened in recent years.
The SPC is accused of being linked to the pro-Serbian and pro-Russian opposition to the ruling party, the Democratic Party of Socialists (DPS), headed by Milo Djukanovic, who has dominated political life in Montenegro since the 1990s.
According to him, Belgrade is using the SPC to interfere with Podgorica's internal affairs.
Djukanovic believes that SPC is one of "important instruments used by the ideologists of Greater Serbia nationalism against Montenegro, against its independence, its national, cultural and religious identity".
The law, passed in late December, provides for the state to take control of property that religious communities cannot prove to have belonged to them before 1918. That year, Montenegro lost its independence and integrated itself into the Kingdom of Serbs, Croats and Slavs.
The text of the law could refer to a large part of 650 churches and monasteries in Montenegro. The SPC accuses the government of wanting to confiscate her property, with mass prayers being held twice a week, and at these rallies, it is called for the law revocation.
"SPC uses a skillful form of manipulation to believe that the state wants...