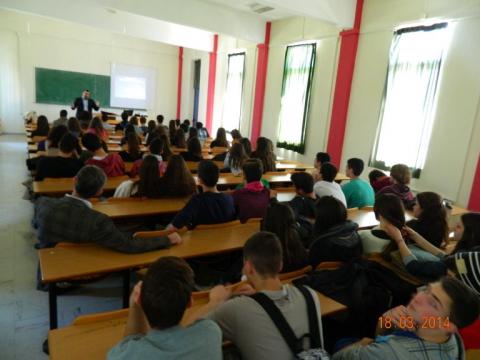 Behaviours that just a few years would have seemed inconceivable are becoming part of a pitiful new reality.

Intimidation, beatings, psychological violence, and even attacks with knives are now daily events.

"If today you visit 100 schools you will hear 100 different accounts of violent incidents and of a lack of discipline in which parents often play the leading role," a principal at a central Athens high school recently told the daily Ta Nea.

The education ministry is signaling that it will be merciless in handling such phenomena and has announced measures to limit them.

It intends to place "trusted teachers" in schools, to establish classes that will stress the importance of mutual respect, and to create special groups.

The ministry's intentions may be good but these measures alone cannot effectively address the problem.

The rise in the incidence of violence does not exclusively concern schools. Its causes are deeply rooted and complex.

It is apparently the symptom of a society that quite a while ago lost its orientation and constants.