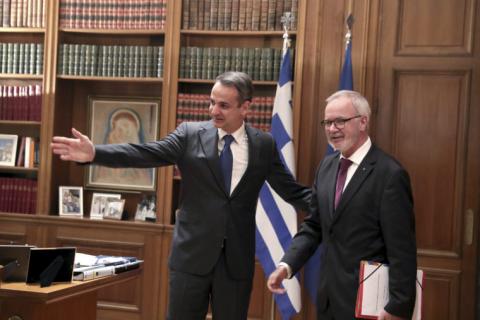 The EIB in cooperation with the National Bank of Greece (NBG) and Piraeus Bank announced a 560mn euro programme to support the agricultural economy focusing particularly on backing producers and entrepreneurs under the age of 41.

"Both partner banks will be able to expand dedicated agriculture financing and provide new financing products that better reflects agriculture and agribusiness investment needs," the EIB said in a statement.

"Over the last five years, the EIB has provided over EUR 4 billion for investment across Greece in cooperation with leading Greek Banks. Last year, new targeted credit lines were launched to strengthen access to finance for companies supporting youth employment and the empowerment of women at workplace,"

The EIB also concluded a 100mn euro agreement with the Public Power Corporation (PPC) earmarked for the modernisation and improvement of the electricity grid on both mainland Greece and the islands.

During the decade-long economic depression the EIB was among the only investors in Greece and is...