Google congratulates us for Valentine's Day 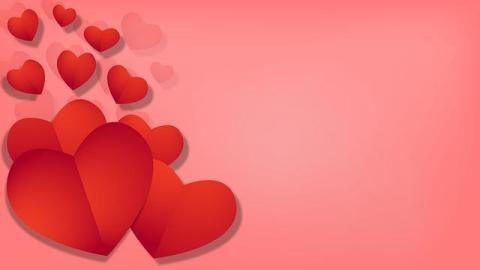 Today, the world marks the Day of Love.

Google also immerses us in a festive atmosphere by changing the logo of its interactive animation homepage - a pair of adorable aliens who exchange messages and show us that love is "out of this world."

This has become a tradition of the tech giant - marking important dates and anniversaries with the so-called Doodle.

Google has also prepared a special love GIF that you can send as a card and congratulate your loved one. Just search „Valentines Doodle".

Originating as a Western Christian feast day honoring one or two early saints named Valentinus, Valentine's Day is recognized as a significant cultural, religious, and commercial celebration of romance and romantic love in many regions around the world.

The day first became associated with romantic love within the circle of Geoffrey Chaucer in the 14th century, when the tradition of courtly love flourished. In 18th-century England, it grew into an occasion in which couples expressed their love for each other by presenting flowers, offering confectionery, and sending greeting cards (known as "valentines"). Valentine's Day symbols that are used today include the heart-shaped outline, doves, and the figure of the winged Cupid. Since the 19th century, handwritten valentines have given way to mass-produced greeting cards. In Europe, Saint Valentine's Keys are given to lovers "as a romantic symbol and an invitation to unlock the giver's heart", as well as to children to ward off epilepsy (called Saint Valentine's Malady), Wikipedia reported.