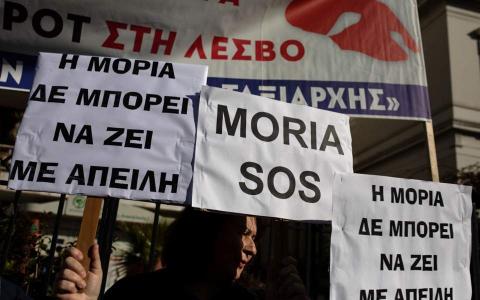 Despite the vehement opposition expressed in recent days by local authorities in response to the planned expropriations of land and property for the construction of new closed centers for migrants on five eastern Aegean islands, government officials reckon that the storm will blow over.

Local authorities insist that the new structures will only serve to further exacerbate the problem of large numbers of asylum seekers - currently at 42,000 - on the islands, rather than relieve the pressure.

However, the statement by North Aegean Regional Governor  Kostas Moutzouris, who was at the forefront of Thursday's demonstration outside the Interior Ministry in Athens, that "we will not back down... even if we lose," was seen by the government as an admission of sorts that local authorities are losing ground in their campaign to stop the government's plans.