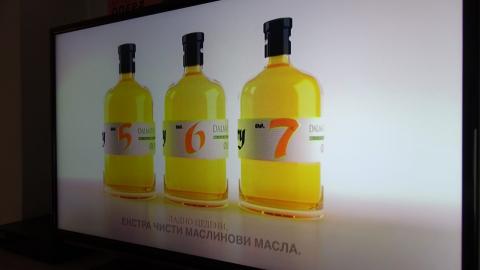 Hungarian ads filled the gap after change of power:

A quick look on the media outlets where these adverts were placed reveals that they were not chosen at random.

All of them belong to the group of so-called Hungarian media in North Macedonia, controlled by three companies. They earned this nickname after Hungarian capital was injected in them by people seen as members of Hungarian Prime Minister Victor Orban's propaganda structures.

Some of these media used to be owned by obscure companies based in the Central American offshore haven of Belize.

The editorial policies of all of them were, and still are, strongly supportive of the former ruling VMRO-DPMNE party in North Macedonia - and hostile not only towards its main rival, the Social Democrats, SDSM, but towards everybody else that the former ruling party saw as an opponent.

Under the VMRO-DPMNE government, which was ousted in mid-2017, these media outlets used to run adverts of government campaigns and of larger domestic companies.

One of the companies behind the websites, Em Media, received 25,000 euros in two months in 2015 directly from the then government, open source treasury data shows.

The same data reveals that a number of state institutions, such as the ministries of Economy, Education, Transport and Communications, Environment, as well as the state agencies for employment and land registry - all placed adverts on Em Media's websites for between 250 and 500 euros a time.

Another media company, Prva Republika, received 32,000 euros in 2015 from the North Macedonia's government filed under "other contractual services" without further specification. It published a lot of adverts from...

The ‘Strategic’ Reason for Hungary’s Free Fertility Plan
ForMin Aurescu welcomes US announcement on allocation of 1 bln US dollars for Three Seas Initiative
EnvirMin to ask for protection of skylark, chamois, two iconic species for Romania