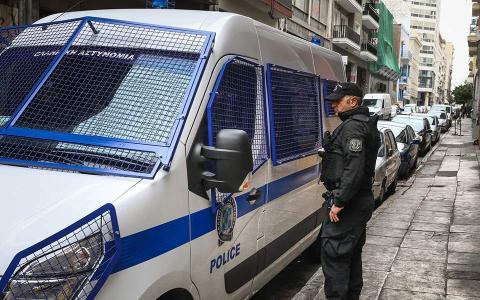 At least 129 people had been detained in downtown Athens by Friday afternoon as part of an ongoing police operation to find the culprits behind a shooting that left one dead and one injured in what authorities believe is a turf war between competing criminal gangs.

The police operation started after a 23-year-old Afghan national was shot dead and a 25-year-old fellow national was seriously injured with a knife in the clash.

Eye-witnesses said they saw about 30 people armed with guns and knives attacking a group of men selling contraband cigarettes on the corner of Menandrou and...