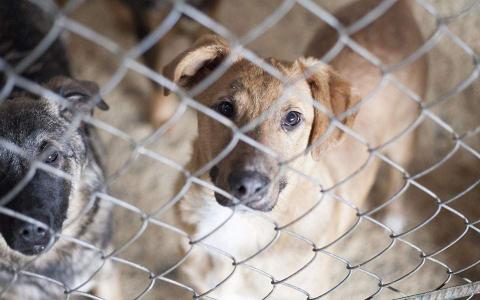 A man was Friday given a 15-month suspended jail sentence and fined 5,000 euros by a misdemeanors court in the town of Igoumenitsa, western Greece, which found him guilty of beating a puppy for grabbing a chicken.
He was also ordered to pay for the cost of the trial. The court did not find any mitigating circumstances in the case. The dog has since found a new home.
An animal charity in the regional unit of Thesprotia, which filed the case against the defendant, said on its Facebook page that the ruling is a "vindication" for the abused dog and volunteers who fight for animal rights.