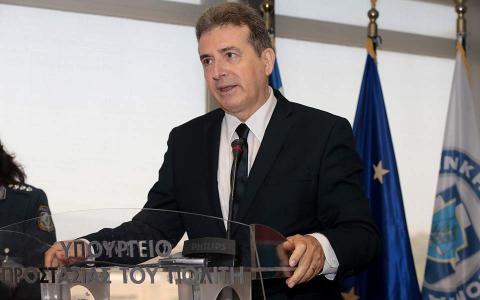 Citizen Protection Minister Mihalis Chrysohoidis said the downtown district of Exarchia, where police has been conducting a series of raids to clear squats and arrest drug traffickers, will be "handed back to its residents" by the end of March.

Talking at a late night television news program on Skai TV, the minister said the problems in the neighbourhood were the illegal squats and the criminality caused by foreign nationals involved mainly in drug trade and thefts.

Chrysochoidis said that after 4-5 months of police operations, criminality has been reduced in the area.

He also said an ultimatum issued by the Citizens' Protection Ministry last November that called on squatters to evacuate any state- or privately owned buildings in downtown Athens has paid off, as many of the squatters are either negotiating with the owners on the rent, or evacuated the buildings...

The dangerous sophistries of Mykonos

‘Political correctness’ and the continental shelf

Staying safe, until next year